David Buchanan is an Academic Coordinator and Tutor in the Centre for Humanities at Athabasca University. He holds a Ph.D. in Comparative Literature from the University of Alberta and completed a SSHRC Postdoctoral Fellowship in the Department of English at Simon Fraser University.

David’s published research primarily concerns transatlantic literature of the long nineteenth century with a focus on the intersection of book history, the historical novel, and modernity. He has also developed interests in proletarian and popular literatures of the nineteenth and twentieth centuries as well as the integrational study of language and communication.

Following articles on popular reading and downmarket adaptation in nineteenth century Britain, in Acts of Modernity: The Historical Novel and Effective Communication, 1814-1901 David investigated how the historical novel was reinvented to communicate the consequences of modernity as problem-solutions of relevance to people on both sides of the Atlantic.

With the support of a Social Sciences and Humanities Research Council of Canada (SSHRC) Post-Doctoral Fellowship, David then investigated the history of proletarian literature in Canada from the middle of the nineteenth century to the 1930s. This resulted in an online resource called Red Flags and peer-reviewed research on labour periodicals of the early twentieth century.

Over the past few years, David has collaborated with students and colleagues to develop online platforms and scholarly websites that facilitate material history research and open access publication. Most recently, he was the coordinator of the SSHRC-funded digital resource Popular Print Edmonton, which describes contemporary print culture and reading practices in Edmonton, Alberta.

Entry on Memoirs of Oliver Cromwell and His Children. In Cambridge Guide to the Eighteenth-Century Novel, 1660-1820, edited by April London, forthcoming.

For more information on David’s publication history, see here. His current research focuses on the intersection of popular literature and radical politics in Canadian literature of the nineteenth and twentieth centuries as well as a closer look at the impact of an integrational approach to the study of language and communication on the research and teaching of literary studies.. 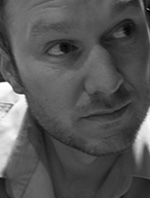