Joseph Pivato is the founding professor of the Literary Studies Focus Area in the MA-IS degree in the MA-IS program. Between 2001 and 2011 he created and expanded the Canadian Writers site into an international resource. He also produced the first creative writing courses, the first Comparative Literature courses and the first literary theory courses in the Language and Literature program. He has supervised many student research projects and graduate theses.

Since 1982 his research has been instrumental in establishing the academic recognition of Italian-Canadian literature and other ethnic minority writing in Canada. He has produced ten books on Canadian Literature. Prof. Pivato’s essays have been published internationally. 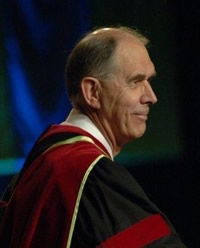