Pam Chamberlain has a BA in English from Augustana University College, a BEd and an MA in English from the University of Alberta, and a TESL certificate from the University of Saskatchewan. She has been teaching post-secondary courses in literature and writing for 20 years, at Athabasca University since 2010. She has been awarded the University of Alberta's William Hardy Alexander Award for Excellence in Undergraduate Teaching and Athabasca University's President's Award for Tutoring/Mentoring Excellence. Her scholarly interests include creative writing, composition, Canadian women's literature, rural literature, ecocriticism, and Indigenous studies. She has published scholarly articles on western Canadian writers including Sharon Butala and Margaret Laurence. She has won awards for creative writing, and has acted as a juror for the Alberta Literary Awards and the Outdoor Writers of Canada Awards. She has published two books: Country Roads: Memoirs from Rural Canada and In the Company of Animals: Stories of Extraordinary Encounters. 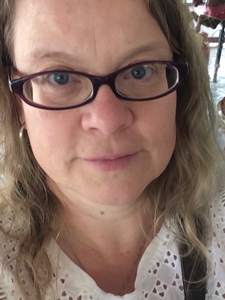